WhatsApp Will Let You Message Without Being Seen Online

In a future release of WhatsApp beta for Android, iOS, and Desktop, there will be some wonderful news. The company is now working on the capability to hide the online status for a future update of the program after stating that WhatsApp is creating some significant features, such as the ability to edit messages!

Many people have asked for the ability to disguise their online status over the years. People may choose to use WhatsApp in stealth mode for a variety of reasons, including the desire to avoid being bothered by other users or the feeling of being monitored.

This is a good approach to provide feedback to WhatsApp. WhatsApp has developed a feature that will allow users to pick who may see when they are active on WhatsApp and will be made accessible in a future update in response to customer feedback! 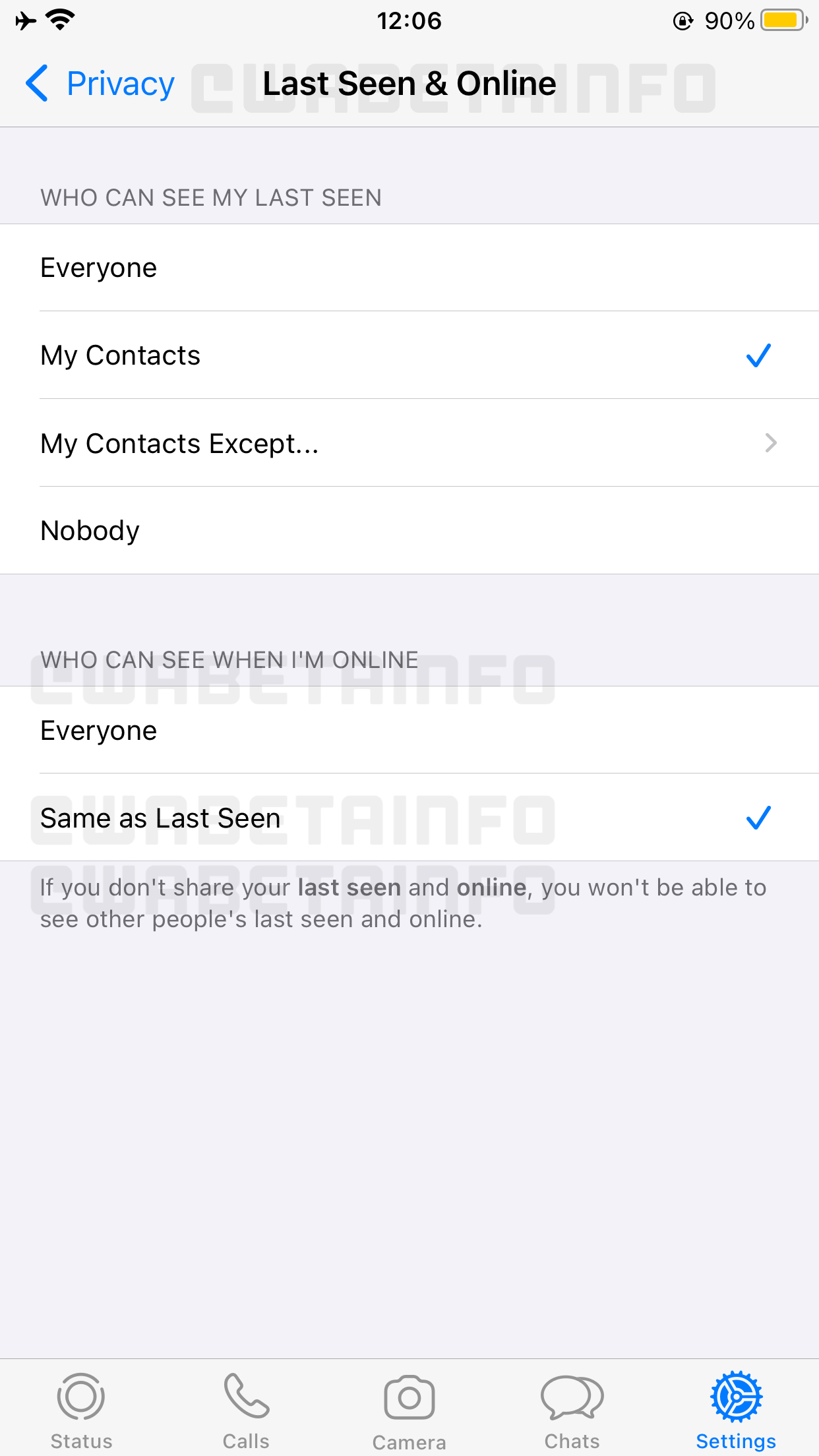 As you can see in this screenshot, two new options—”Everyone” and “Same as Last Seen”—will allow you to control who may see when we are online within our last seen settings. For instance, choosing “My contacts” for “Last Seen” and “Same as Last Seen” for “online” ensures that people who are not in your contact list cannot see when you are online.
In order to stop third-party apps from tracking our last seen and online status, WhatsApp started automatically obscuring the last seen to people you’ve never talked with last year.

Sadly, those who we had previously communicated with could still see when we were online, but that will no longer be the case owing to the new privacy setting “who can see when I’m online.” Even though the screenshot was taken while WhatsApp beta for iOS was still in development, it should be noted that WhatsApp plans to add the same feature in a later update of WhatsApp beta for Android and Desktop beta as well.
We regrettably do not yet know the specific date that this feature will be made available to the general public because it is still in development.